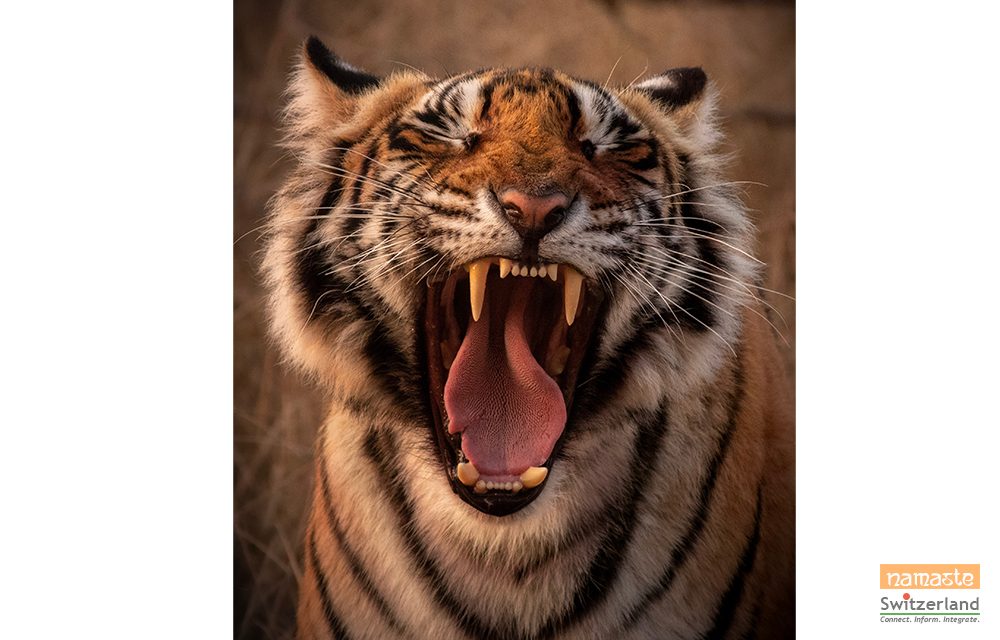 A dark figure kept teleporting here and there. Finally, when he stopped teleporting, he disappeared in a black cloud. The Orc Count was very scared, and he retreated when he saw that figure. It was his brother.

The Orc Count‘s brother attacked Grimcodile. Sabelynx Flame blocked the attack and fought against him. The attacks went back and forth until the Orc Count’s brother was knocked out. He retreated.

The Orc Count returned to warn his opponents about his brother. Grimcodile and his friends, however, already knew about the Orc Count’s brother being very dangerous. He was capable of using magic that was even stronger than Grimcodile‘s magic, which was unusual.

Just then, again out of nowhere, the Orc Count’s brother re-appeared. Everybody could now see his face. He wasn’t an Orc. He was a tiger!

“A tiger than can do magic?” He said. “I‘ve never seen one before.”

And, this tiger has been his enemy since he was in Kindermagic. He had always pranked him, he had always pushed him and had been mean to him. That was also one of the reasons why Grimcodile learned to do magic. And, now that he had learned to do magic, it – the magic – was still not strong enough. This tiger could defeat hundreds of Crocozombs with one zap. So, if he saw a Crocozomb, then the Crocozomb surely would end up being his meal.

The Orc Count’s brother started to fight again. But this time, it was not against Grimcodile. It was against another creature that was called…

Nobody knew its name!

Even Grimcodile’s monster detector couldn’t recognize the creature. It looked a bit like Spikeydrac, but it was blue. It had crocodile skin and an elephant face.

To know who that creature was, just wait for the next chapter.