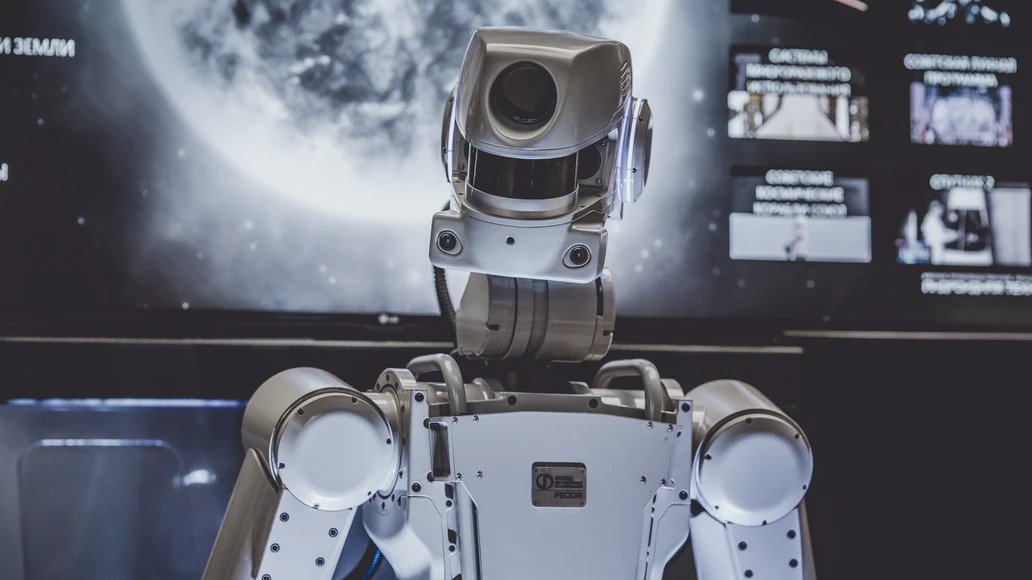 A loud and distressing voice bleeped! Just another day at work right? Well, my friend, you are sadly mistaken. But wait, how did we come to all this?

Well here’s the beginning. Just one hour ago the world’s biggest attempt to make the smartest AI in the world failed and became a world-changing event and that’s when it came to this. The scientists had already
started testing the robot’s skills. They included: fencing; martial arts; driving; every self-defence manoeuvre possible. The robot could jump from any device to another meaning it had unlimited access and could separate itself from its original body.

Anyway, after some tests, it stopped following orders. The scientists were trying their best to keep it under control but it didn’t work. The robot was able to override all the computers and tablets. The robot was starting to think that they were using him like he had no feelings…

Actually, he did have feelings. He was so advanced that he was technically a human being! He could even teach himself new things.

The computers could not handle any more. Then, the lab exploded and everyone in it was killed. The explosion was so big that you could see it from miles away. The police had definitely seen it because they arrived just five minutes later, the police and with them, half the cavalry too!

The robot was the only survivor.

But, by the time they arrived, the robot was nowhere to be seen. The firefighters were there as well but by the time the fire had died down, the people who had once worked at the lab were nothing but ashes.

Now we start our story…

Ten hours later, Luther wakes up and sees, on the TV, that T.A.P.labs ( tech, astronomy and physics lab ) has exploded! This makes his mother say, “ the robot that they were working on definitely has gone out of control and they’re trying to hush it all up by saying that a computer made a short – circuit and that it exploded.” Well, she isn’t wrong at all? Is she now? Because the robot did escape and they are trying to hush it all up by saying it was a short circuit which does not really make sense at all. If it was just a short circuit, some people should have made it out in one piece…

Luther is a 12-year-old boy and he lives on Kepler 62. He loves robotics, chemistry, mathematics, astronomy and physics. Kepler 62 is the planet the human race escaped to after Earth was hit by a Gamma Ray.
At school, Luther has mathematics, history, geography and chemistry. After lunch, he has PE and English. In maths, they have a test on equations. It is quite easy for Luther. In history, they learn about the Tudor times, Luther is also good at history but doesn’t like it…

He would much rather be … You guessed it, an astronomer! In geography, they have to learn all of America’s states by heart. Kepler 62 is almost like Earth so it had the same state names. There are even places called ‘no man’s land’, nobody lives there and nature grows significantly more than in the cities, even though they are eco friendly.

At lunch, he hangs out with his friend Martin and talks about Star Wars and Harry Potter. Suddenly, Martin brings up last night’s event. He thinks that the robot was meant for the cavalry but Luther says, “ I think it was a better version of the iPhone. Well, bad luck, it’s gone now.” He shrugs.

In PE, they play dodgeball. Luther and Martin are terrible at dodgeball so they expect to be the first people out but this time it is a different game. There are places to hide so they are inside a bit longer until Chuck, the school bully, hits them in the face with a ball.

Martin and Luther are sent flying out of the game. They definitely have some bruises. With a lot of pain, they get up. Martin then complains, “That Chuck is sure a big meanie. Well, I will have a terrible night!”

After school, Luther is on his way to the library to finish his chemistry, history, and mathematics homework and read a bit of Sherlock Holmes. Normally, he goes home but his mom and dad are both at work. He takes a shortcut through the forest.

On the way, he sees something that looks a lot like a robot. Suddenly, he trips over a stone and almost fell down but he stops, frozen in mid-air.

The robot has stopped him with a green beam…