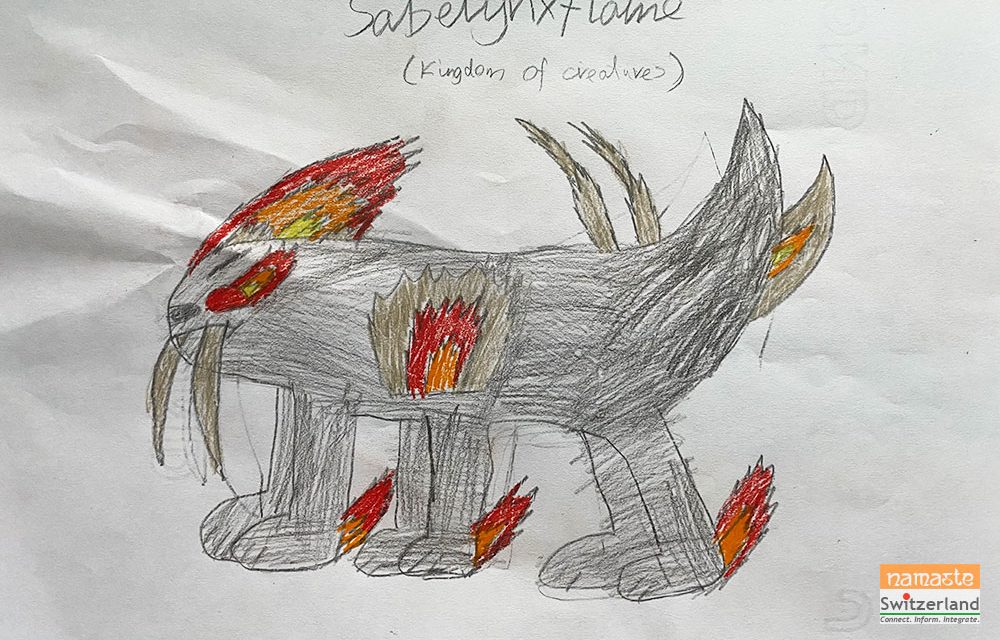 The Orc count came closer and closer. Out of nowhere, a black fiery creature jumped out from a portal and grabbed Grimcodile and his friends and jumped back into the portal. The portal closed.

Once Grimcodile and his friends were conscious again, Grimcodile found himself being licked by the black creature they saw earlier. He took out his creature identifying device and used it to find out who this creature was. It read:

It is a black sabre-toothed tiger with golden teeth and a golden flame on its body. The golden spikes on its back and tail are fire swords. This creature can shoot them at will and it’s temperature can go over 900 degrees Celsius. It’s claws are super sharp and can easily cut through tungsten. When it’s eyes are red, it’s very angry. When it’s eyes are green or blue, it’s very happy. Sabelynx Flame is one of the strongest monsters in all of the dimensions. But in the Land of creatures (that’s where they are now), Sabelynx Flame is the strongest.”

Thanks to Grimcodile‘s luck, Sabelynx Flame wanted to be his monster. Grimcodile didn’t argue, he just threw a monster ball and caught Sabelynx Flame. A monster ball is a ball that opens itself when you throw it. Then, the monster gets magically sucked into the ball. When the ball turned red, that meant that the creature inside doesn’t want to be your monster and comes out of the ball. If the ball turns green, that means that the creature inside wants to be your monster and stays inside the ball. So, now Grimcodile had a new monster!

Sabelynx Flame told Grimcodile that he chose his group because they also disliked the orcs. He also said that he fought against the orcs many times. But, each time he thought that he had won, the orc count came back with a new army. So, he had no choice but to retreat.
So, it seems like Grimcodile and his friends still needed more help to defeat the orcs. And if you’re wondering who that will be, you can find that out in the next chapter.