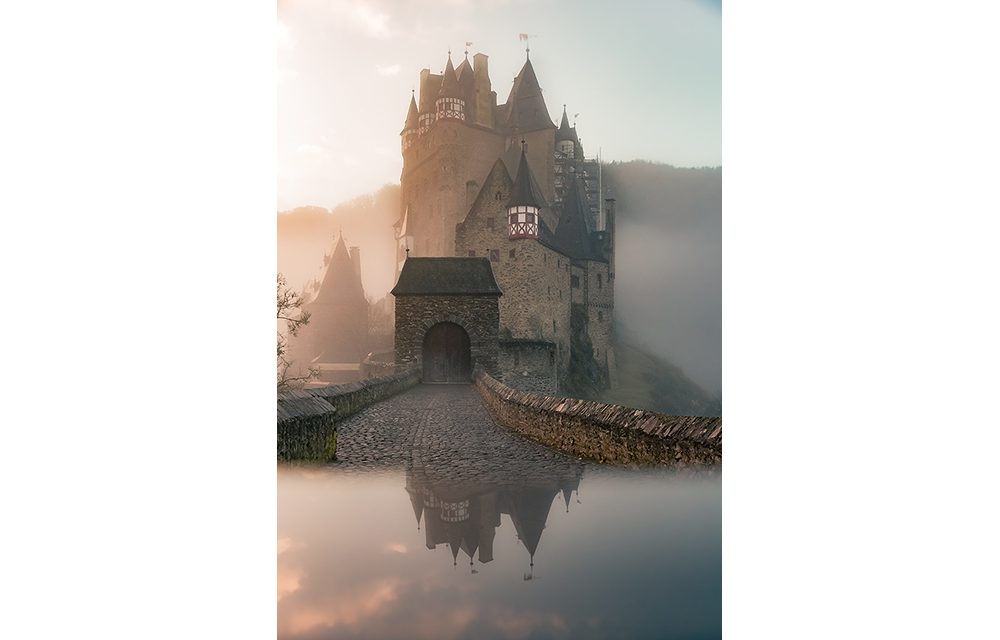 The mirrored walls of the room made the space look bigger than it was. It was decorated like a waiting room, with a white sofa against one wall. Several magazines lay scattered on a marble table in front of it.

A guard in a navy uniform stood in front of a golden door much like the ones that could be found across the castle. The main difference was that the door was relatively small in comparison to the others, but still had the intricate design that was familiar to the sisters by now.

The guard didn’t say a word until Cerise went up to him and handed him the letter the siblings had received. He read through it and gave a curt nod to the group.

“Her Highness will see you shortly. In the meantime, please wait here.”

With another nod, he snapped his fingers and disappeared in a cloud of smoke. Rose stared at the now slowly fading wisps of smoke and rubbed her eyes. “Did- Did he just-“

Ferne laughed. “You’ll get used to it. Hopefully. That is, if you stay here longer. If the princess lets you-”

Cerise shot her a warning look.

“You know what, I’ll just-” She mimicked a zipping motion on her lips, walked to the back of the room and let herself sink on the sofa.

Cerise shook her head. “Ignore her. And I’m supposed to be the immature one.” Ferne shot her a death glare from above the pages of a copy of ELVES TODAY. Cerise grinned, lightening the mood in the room a bit. The room was silent for a while, the only audible sounds were the occasional flipping of pages, or the rustling of the covers Cerise was inspecting.

She put up a finger to her lips, telling the others to not make a noise. Cerise furrowed her brows and pushed a lock of golden hair behind her ear. With a start, Rose noticed that her ears were pointy- like those of elves in the fantasy books she read. She watched with wide eyes as both women listened intently, trying to make out the faraway sounds. After a few seconds, Rose and Violet heard them as well: Two voices, one which sounded annoyed and angry, and another which was calm and collected. They seemed to be getting closer and were soon close enough to be recognised. One of them – the calm one -, Rose knew. It was princess Tierra. The other, she was unsure about, but Ferne mouthed “Duchess Orchid” to her.

As the voices became clearer, the group could make out what they were saying.

“I appreciate your concern, duchess, I will however stand by my decision. I’m not planning to change my mind anytime soon. Now, I think you’ve been here long enough, I have other matters to attend to.”

The duchess was protesting as she was led out by the guard they had spoken with earlier. He nodded at the group and told them they could enter the door now. The four of them exchanged glances and stepped into the princess’s living quarters one by one.