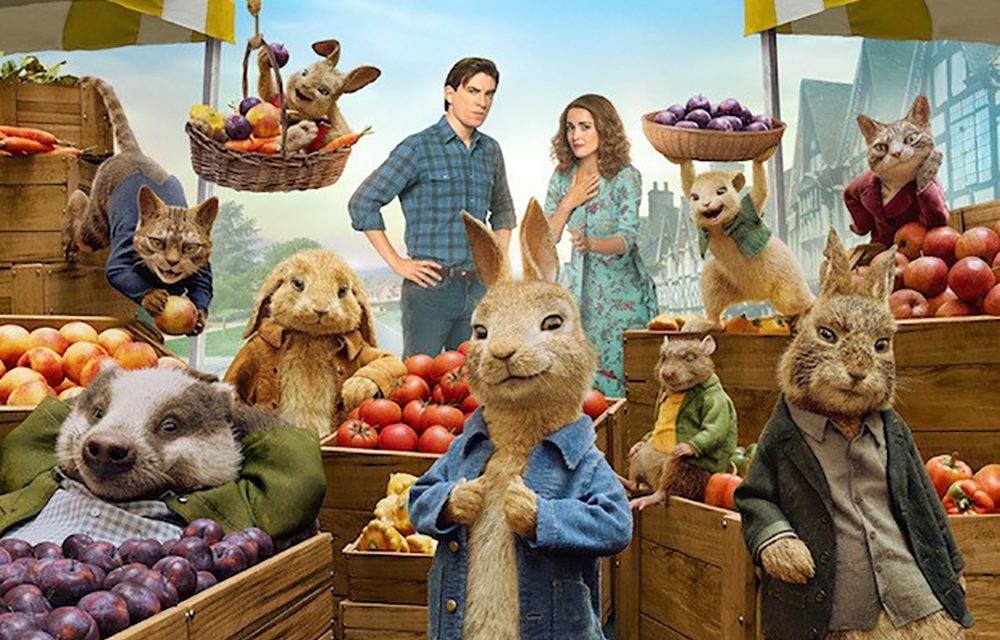 I recently went to watch the Peter Rabbit Movie with my neighbor and my family. Like everyone else, we were stopped before the entrance. My mom had to take out her Covid certificate and proof of identity. Since then, I have seen her showing these certificates now and then.

Anyway, after entering the multiplex, Mama bought us two packets of popcorns and I also bought my ring pop sour candy (that was not sour at all) and I could not finish the ring pop so had to be tucked away in an empty tissue packet.

The movie was a really good family movie. The main character was, of course, Peter Rabbit and then there was his family and friends, and of course the betrayers.

The movie was based in the city and in the countryside. It was about Peter Rabbit being called the bad seed in the second book by Beatrix Potter. He felt bad after looking bad on the billboard, so he ran away. He was trying to figure out what he was supposed to be and where he belongs.

The movie starts with Bea and Thomas getting married. They go back to their house, which has a garden and Thomas grows tomatoes. He takes really good care of them, he won’t let anyone touch his tomatoes until the Farmer’s Market.

Bea opens a toy store and sells the first Peter Rabbit book. Soon, Bea gets a letter that offers her a contract for the second book, to be published by the famous publisher called Nigel Basil-Jones. Bea goes to London to talk about publishing the book.

When they reach London, Nigel behaves suspiciously. Nigel takes Bea and Thomas to a billboard. Peter runs away because of what Thomas said in the book, that Peter was a bad seed and on the billboard, Peter looks like a villain.

When Peter runs away, he thinks he finds a friend of his father’s, but instead, he is picked up by the pet care workers and gets adopted. They steal all the food that the owner had and had a feast. Then, the city bunny suggests to Peter that he should bring all his friends. They planned to steal dry fruits from the farmer’s market.

They have a very good plan but then they see Thomas. They knock over the cheese wheels, a big cheese wheel hits Thomas’s stand and knocks over his tomatoes. One thing leads to another and it is chaos.

Soon, Peter’s friends are caught during the escape and taken to the adoption center while Peter and the city animals are in the back of the van. Peter jumps out of the back of the van to save his friends. Later, they go in Bea’s car to many places to retrieve all of the animals.

Nigel was suspicious because he was trying to steal all the differences and uniqueness of the book. I felt that Peter’s cousin was funny and cute. I thought the twins were hilarious and Peter’s other sister was smart and hyper. I can relate most to Cottontail, Peter’s other sister, because she likes candy as much as I do.