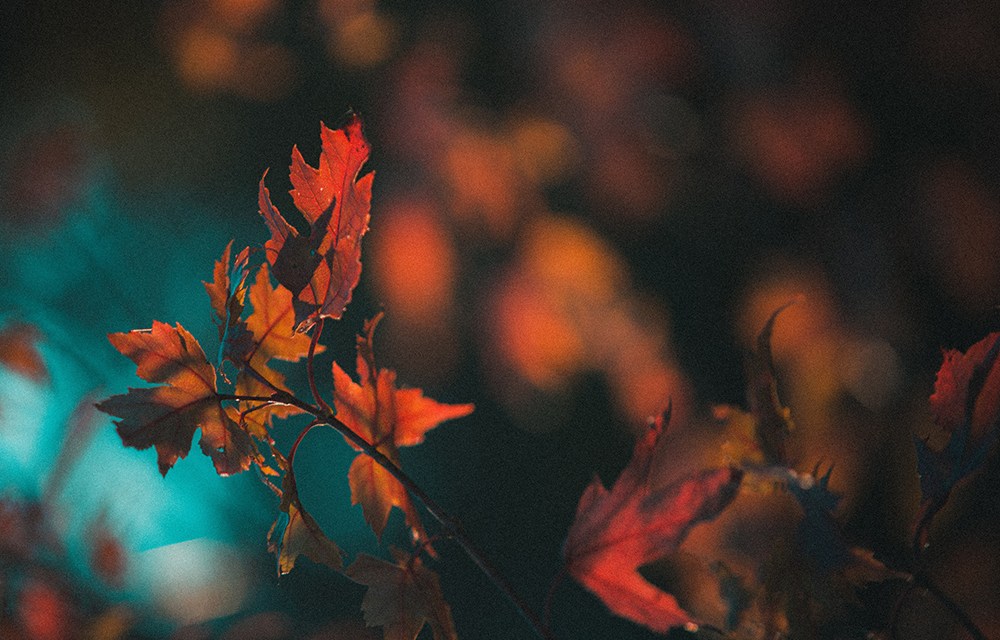 For a long time, November was thought of as a dark and sombre month, stuck between Halloween-y October and Christmassy December, it didn’t really seem like November had much to give. It is precious. If you need reminding, just look down and admire the red and gold hues of the treasure scattered at your feet.

This year, Halloween and Diwali bookended the first week of November and I will now, forever, think of this time as a frenetically fun week – ‘Diwaloween’.

Halloween is celebrated across the globe. Originally, it was the pagan festival of Samhain, celebrated by the Celts of Europe. Eventually, it became incorporated into the Christian calendar and was celebrated as All Hallow’s Eve, the day before All Soul’s Day (November the 1st). Eventually, it was combined with the legend of Jack-of-the-Lantern, a trickster who played so many tricks on everyone and actually managed to trick the Devil himself. Jack tricked himself out of hell but thanks to all of the trickery, he wasn’t admitted into heaven either. He was doomed to spend the rest of eternity roaming the world, lantern in hand. To commemorate this, people began to carve turnips to display at their doors on All Hallow’s Eve. Carving turnips for Halloween was the tradition all over Europe for quite a while. Of course, this is not at all surprising to us as residents of Switzerland, is it? In Germanic Switzerland, Räbeliechtli is celebrated during November. Children in Kindergarten parade around the village or their neighbourhood, holding their carved and lit turnips. The rest of Europe – by and large – moved onto pumpkins with the ‘discovery’ of America. Once they discovered pumpkins – and realised that they were a whole lot easier to carve than turnips- they never really looked back. In Switzerland, the tradition of carving turnips continues and, in many ways, you can think of it as a slice of history, a glimpse into an older world.

I have always enjoyed observing the ways in which different people come together to celebrate the same thing and the same time but while approaching it from their own special meaning, their own origin story. Diwali is a good example of such diversity. Hindus, Sikhs, Jains and Buddhists celebrate Diwali with light, food and festivity. There’s prayer and ritual too, of course – but at the heart of it all, it is all about family, friendship, and togetherness. I read a very good picture book recently, called ‘Little Glow’ written by Katie Sahota and illustrated by Harry Woodgate which is all about a little candle observing the different festivals of light from her perch on the windowsill. She looks out at all the different houses on her street and notes how they light up through the year. In the end, she concludes that lighting up our homes is a way of bringing everyone together. After reading about Chinese New Year, Eid, Hannukah, Halloween, Diwali and Christmas – amongst others – I went online to look at what else is celebrated at this time of customary darkness – and once more I found that there is a lot more which unites us than that which divides.

Now, we have talked about the past. Let us turn a little, to the future. On the 14th of November, India celebrates Children’s Day. It is celebrated on the birthday of India’s first prime minister, Jawaharlal Nehru. Children’s Day is celebrated to increase awareness of the rights, care and education of children. It is not celebrated elsewhere in the world but perhaps it ought to be? I once taught in India for a couple of years and I have very fond memories of performing on stage, at school, as all the teachers endeavored to make the children feel very special on their day (while poking gentle fun at themselves!).

Here at Young Voices, it is always Children’s Day. This month, we have Hasini Natarjan introducing us to the characters of Luv and Kush from the epic Sanskrit poem, Ramayana. Adrita Sanyal tells us about her holiday in Italy – as the days turn cold, it’s nice to think of the warm feel of sunshine on our skins, isn’t it? Archisha and Samanvay Ray write about Halloween, Räbeliechtli and Diwali while Ishaan Parameshwar continues his serialized story about the adventures of Grimcodile. Itee Balajee writes a review of the movie, ‘The Descendants’ while Shivee Balajee has created a quiz about ‘Fantastic Mr Fox’, one of Roald Dahl’s most well-loved stories.

Would you like to write for Young Voices? Each month, we accept three articles (non-fiction, fiction, reviews, travel writing, recipes etc) and artwork. If so, please do write to us at team@namasteswitzerland.ch.

We hope you enjoy the issue! Please do write to us if you would like to contribute to the next issue in December where we will focus on love and hope.