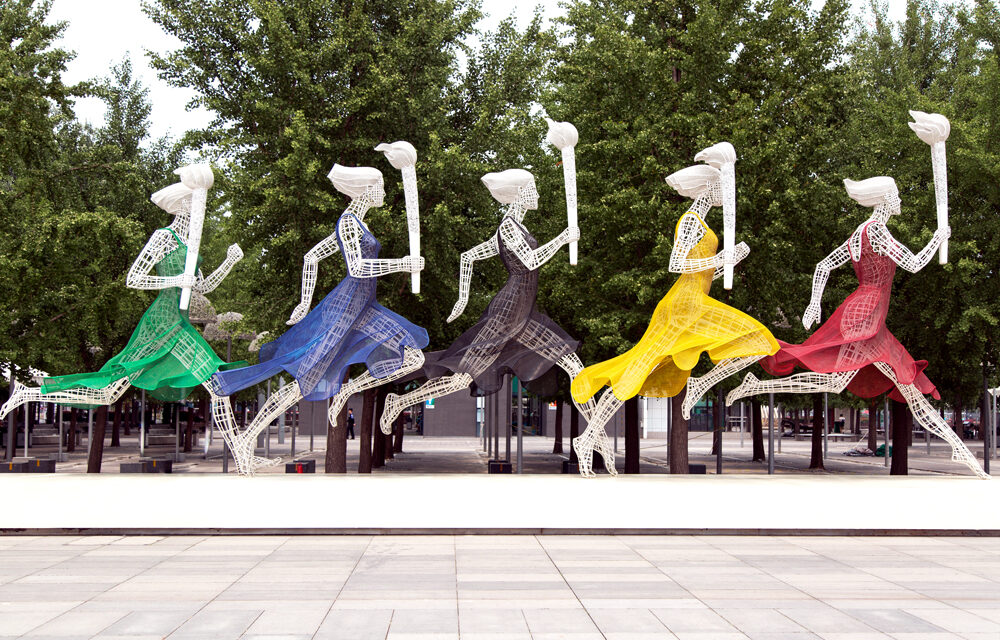 After a little break, we are back! I hope you are all enjoying a very well-deserved holiday.

Whether you are exploring distant shores or sticking to a staycation, I hope this summer is everything that you need it to be.

Now, the word ‘summer’ is a little debatable in these times but more on that later. I like to talk about hope in this monthly newsletter so let’s first focus on that. I’m sure it hasn’t escaped your notice that the Olympic Games are currently taking place. Seeing the Olympic Games is always worthwhile because it reminds us what can happen if we dream with determination.

One of the stories I have really enjoyed from the games is the story of a historic Olympic final where two high jumpers both took gold medals. Qatar’s Mutaz Essa Barshim and Italy’s Gianmarco Tamberi decided to share their gold medals because even after an exhaustive two-hour competition, they could not be split. They had both made the best clearances of 2.37 meters. The athletes were offered a ‘jump-off’ but they disagreed, asking to share the medal instead. Their victory meant that two athletes shared the first-place podium for the first time since 1912. Speaking of the Olympics, did you know that art was once an Olympic sport? From 1912 to 1948, you could win medals in music, art, literature amongst other similar fields!

At the time of writing, as far as the medals tally goes, India is currently in 65th place with two silver medals and three bronze medals. Badminton player PV Sindhu is currently the only Indian woman to have won two Olympic medals. She recently returned home to India to a very warm welcome. Weightlifter Mirabai Chanu won a silver medal in the women’s 49 Kg. Lovlina Borgohain won a bronze in the women’s welterweight (64-69 Kg) while Ravi Kumar Dahliya won a silver medal in wrestling. After a hiatus of 41 years, the Indian men’s hockey team placed in the games and won a bronze medal. Switzerland has won a total of 12 medals at the time of writing and is currently holding 18th place globally with three golds in cycling, shooting and tennis respectively. Swiss athletes have also won silver medals in cycling and tennis. Finally, they have also won five bronze medals in cycling, shooting and swimming. Have you been following the Olympic Games? Which sportspeople have excited and interested you? Do write in and tell us!

Now, as far as the weather goes, it does feel like we have jumped straight from April to October. This summer has been rather wet, hasn’t it? What is your take on this? Do you think that this is part of the normal course of weather events or could the sinister hand of global warming have a role to play here? How has the weather affected your summer plans? What do you think we can do to tackle climate change? Have the weather events around the world this summer left you feeling…Something?

We would love to hear your thoughts on the subject.

Perhaps, the following story will give you some food for thought: research has suggested that painting streets ultra-white can help to reduce temperatures and tackle global warming. A project undertaken in LA, California has shown that white streets can lead to temperatures being 5.5 C to 8.3C cooler. Could ultra-white paint help us to tackle climate change? On the 1st of August, Switzerland celebrated its national day with fireworks and Covid-friendly festivities. Swiss National Day 2021 marks the founding of the Swiss Confederation in 1291. Since 1891, the first of August has been celebrated as National Day with the date referring to a historic alliance between the cantons of Uri, Schwyz and Unterwalden.

August is an important time for Indians in Switzerland as well as Indians around the world. Can you guess why? Independence Day, of course! On the 15th of August, India will celebrate its 75th Independence day on the 15th of August 2021. India will launch a year-long celebration on this day to commemorate 75 years of independence celebrating developments in governance, technology, reform, progress and policy. August is indeed rather an ‘august’ time as this month is also home to the Hindu festivals of Janmashtami and Raksha Bandhan, Do you know of other celebrations at this time? Do write in to let us know! We would love to learn about the cultures and traditions that you celebrate at home.

In this month’s issue of Young Voices, we have writing from Ishaan Parameshwar and Kanhai Vaidya. Ishaan and Kanhai have continued their stories series. In the gallery section, we also have art from Anoushka Rao, Adrita Sanyal, Arshika Sanyal and Akshaj.

Would you like to create for Young Voices? Each month, we accept three articles (non-fiction, fiction, reviews, travel writing, recipes etc) and artwork. If so, please do write to us at team@namasteswitzerland.ch.

In the meantime, thank you for reading! See you next month!