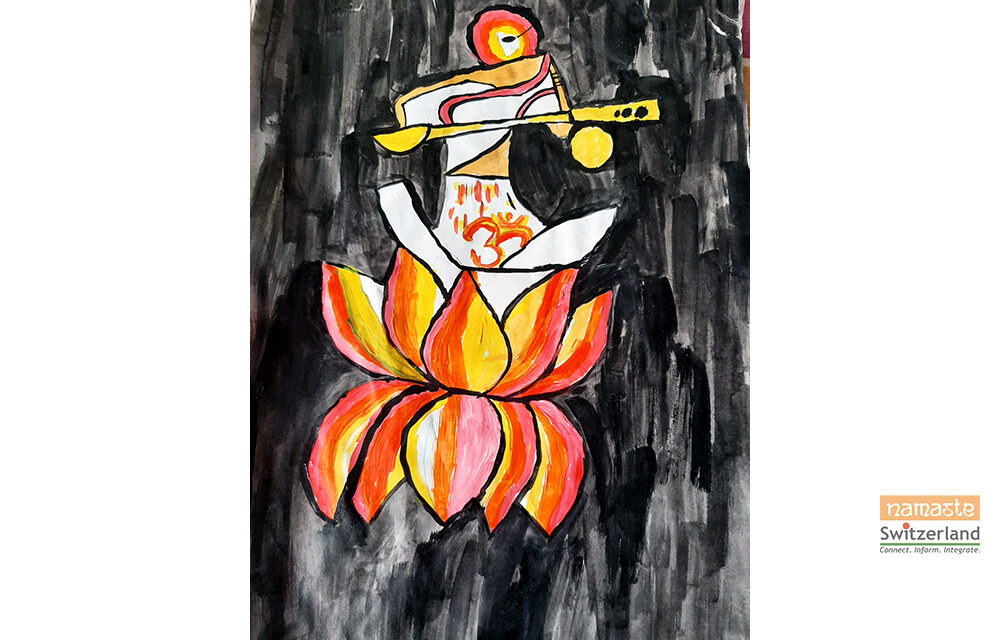 ‘Be kind when possible, whenever possible.

It is always possible.’ – Dalai Lama

January always feels like it’s 11,23457 days long, doesn’t it? Indeed, this January has been rather momentous in more ways than one.

Shall we round up some positives?

Snow fell in the Sahara. Yes, you read that right. Snow fell in the Sahara Desert this January. The Algerian town of Ain Serfa saw snow for the fourth time in 42 years. Of course, the Sahara was not the only place to get a little dusting! Switzerland saw snowfall all over the country. Zurich, for example, saw the heaviest snowfall in 15 years. People took to the streets in sleds, igloos were made, some people even made bonfires! It is certainly a snow joke!  Some positive news to emerge from India includes the Indian cricket team’s epic 2-1 series victory over Australia.

Elsewhere in India, an all-woman crew made history when they undertook the longest commercial flight in the country’s history. The flight lasted for 17 hours!

India also launched a massive Covid-19 vaccination campaign joining several other countries in the world where the vaccination process has begun.

While January has gotten off to a rocky start in some respects, there is also much to look forward to. America witnessed the inauguration of Joe Biden, the country’s 46th President. Making history alongside him is Kamala Devi Harris. As America’s newest Vice-President, she is the highest-ranking elected female official in U.S history. Indeed, she is many ‘firsts’. She is the first female Vice-President. She is the first African-American Vice-President and she is the first Asian-American Vice-President. Kamala Devi Harris’ was born to Donald J Harris, a Stanford economist of Jamaican origin and Shyamala Gopalan, a scientist and researcher, who was born in Chennai in the Indian state of Tamil Nadu and educated at the University of Delhi before she moved to America to pursue further education.

Meanwhile closer to home, did you know that the political face of Switzerland has also been changed? The new President of the Swiss Confederate is Guy Parmelin. As Switzerland’s political structure is rather unique, the office of ‘president’ is largely ceremonial. It is best explained by the motto: ‘Primus inter pares’ or first among equals. To learn more about the Swiss president and the Federal Presidency, head over to these following website:

In other optimistic news, the prestigious 2020 Beazley Design of the Year award which is run annually by the London Design Museum was won by architects Ronald Rawl and Virginia Sam Fratella for their series of pink seesaws at the US-Mexico border  which encouraged children, families  and friends to play with each other on both sides.  The Swedidsh furniture giant, IKEA decided to buy an 11,000 acre forest in Georgia, USA to prevent it from being destroyed for new housing and office development.

What do we have to look forward to in February?  Some of the key events which may affect your lives include Valentine’s Day, Vasant Panchami and Chinese New Year.

Vasant Panchami is a festival which marks the end of the winter and welcomes the arrival of spring. Vasant means ‘spring’ and Panchami means ‘fifth day’. Thus, the festival is celebrated on the fifth day of the spring season of the Hindu month of Magh. The festival of Vasant Panchami also marks the birth of Saraswati, the goddess of arts and knowledge. On this day, Hindus pray to the Goddess Saraswati. Idols of the goddess are dressed in white and yellow clothes and often, yellow-coloured foods are presented as offerings. The festival is also considered auspicious for children as they are taught to write their first word on this day. However, Vasant Panchami is celebrated in different ways all across India and Nepal, depending on the region. The colour yellow has great significance during Vasant Panchami celebrations. The colour symbolises new beginnings, light, spring and optimism.  Happy Vasant Panchami!

The most popular origin story for Valentine’s Day is from when Roman Emperor Claudius II didn’t allow his soldiers to get married during times of war. Bishop Valentine married soldiers in secret, causing him to be sentenced to death. He sent a final love letter to his jailer’s daughter when awaiting his death, signed “yours, Valentine.” In Finland, Valentine’s Day is called “Friend’s Day” and celebrates both friendships and love, so friends also receive gifts and cards. Have you heard the phrase, “wearing your heart on your sleeve”? Well, it is based on a tradition from the Middle Ages where young men and women would literally draw names out of a hat to discover their valentine and wear their name pinned to their sleeve for a week, so everyone could see the name of their valentine. However, the real origins for Saint Valentine’s Day may also have come from a Roman fertility festival called Lupercalia, celebrated with feasts and rituals. Happy Valentine’s Day!

In Asia, February is a really important month as the new year is celebrated according to different local customs in different countries. In the West, we often call the festival ‘Chinese New Year’ as it’s the most well known version. However, it is actually also the Lunar New Year in different countries. Lunar New Year is celebrated across countries such as China, Japan, Korea, Mongolia, Tibet and Vietnam. Customs vary from country to country and culture to culture.

During Chinese New Year celebrations, children receive red envelopes filled with money from their parents and grandparents and everyone wears new clothes from head to toe. The first stop of the day is the temple to worship Gods and welcome the New Year. Other traditions include a celebration of the birthday of all dogs, so dogs are treated with special foods, having your futures told, eating dumplings for good luck, shooting firecrackers, the lantern festival where families walk on the streets with lit lanterns and dragon and lion dancing. 2021 is the Year of the Ox. Happy Chinese New Year!

And now, let’s turn back to celebrating ‘Young Voices’! This month, Kanhai Vaidya continues her saga of the two sisters, Rose and Violet as they discover a …Well, read to find out! Atreyi Roy Chowdhury writes about friendship while Aryavardhan Mundhra wonders about the setting sun in his poem. In our art gallery, you can find the collected creativity of Adrita Sanyal, Bhavin Dhammi, Samanvay Ray and Vedika Ravi Iyer. Ishaan Parameshwar tells the story of an unusual pirate ‘Mr. Mclloyd Blackhawk and the treasure hunt’! But why is captain Mclloyd an unusual pirate? Read to find out!

Would you like to write for Young Voices? Each month, we accept three articles (non-fiction, fiction, reviews, travel writing, recipes etc) and artwork. If so, please do write to us at team@namasteswitzerland.ch

In the meantime, thank you for reading, and happy February!