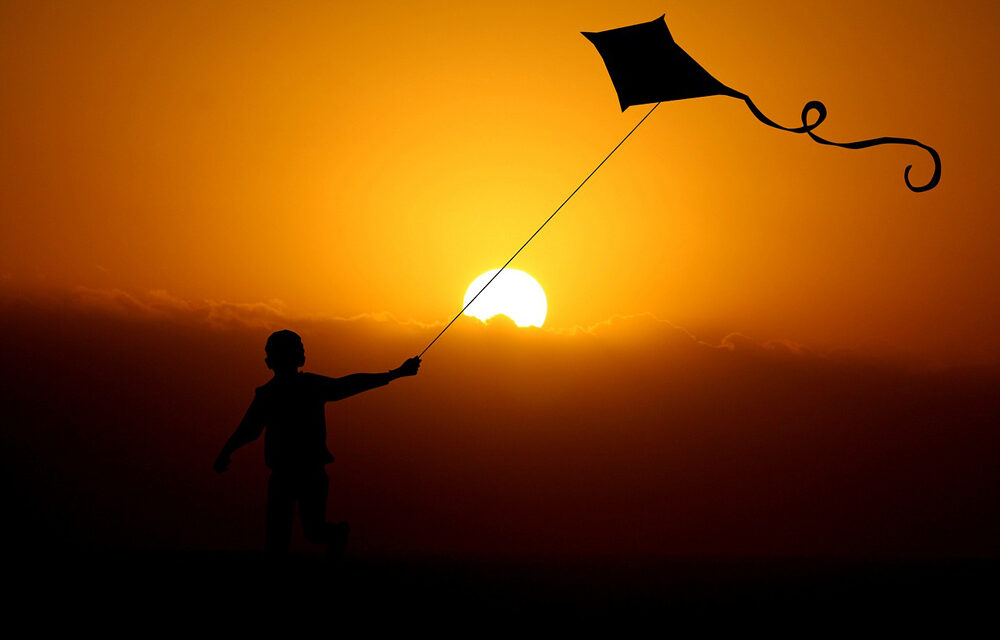 At the dawn of 2021, we have exhausted ourselves by looking at all the ways in which 2020 didn’t work out so well. But it’s all about 2021 now! Let us rev up our engines and get excited about the new year by looking at a few good things that did happen last year. Believe me, there are some. I looked at ‘The Happy Newspaper’ edited by Emily Coxhead to help me out:

During the lockdown, a security guard watered an entire office’s plants.

By the time you are reading this, you will have already celebrated Drei Königs Tag. In English, it is known as the Epiphany – a day which celebrates the moment when the three Kings, often known as the Magi, visited the newborn Jesus and bought him gifts. In Switzerland, you will see ‘De dreiKönigschueche’ – a sweet bread made in the shape of a circular crown. Each of these sweetbreads contains one single miniature plastic king. Whoever finds the plastic king in their portion of the crown is king for the day and can rule over everyone!

Magh Bihu: an Assamese festival about agriculture and the harvest of rice. People celebrate with feasts, song and bonfires. They also pray to ancestral gods for blessings and celebrate by making special desserts out of rice called pitha.

Uttarayan: the day when many Hindus believe that winter begins to evolve into summer. It’s a really important day for farmers and for agriculture as it is traditionally the day that the new harvest begins. In Gujarat, Uttarayan is marked with a kite-flying festival. Indians believe that kite-flying began in India and a royal activity. It is said that one can find mentions of kite-flying during Uttarayan in the Rigveda, one of Hinduism’s oldest scriptures. Nowadays, people from all over the world come to Gujarat to fly kites during January as the kite-flying festival is of global proportions with kite-flyers travelling in from places like Malaysia, USA, Italy, Indonesia, Japan…

Lohri: mostly celebrated in the Indian states of Punjab, Himachal, Haryana, Delhi and Jammu by Sikhs, Sindhi and Hindu communities. A bonfire is a must for Lohri celebrations as people welcome the return of the sun and heat after winter. They pray to Agni, the god of fire as well as the folk goddess, Lohri. They sing folk songs about Dulla Bhatti – a folk hero. Varieties of food are also eaten during Lohri, especially sugarcane jaggery, nuts, radishes, mustard greens. Some traditional dishes are sarson da saag and makki di roti, gajak, to name a few . People sing and dance around the fire while tossing seeds, sugar-candy and jaggery into it. Folk dances are also part of Lohri celebrations with the ‘Giddha’ being a particular favourite.
There’s a very similar festival In Scotland called the ‘fire festival of Stonehaven’.

Makar Sankranti: the root festival for all the different festivals that you see on this page. It is the day when many communities all over India celebrate the rice harvest. Interestingly, Sankranti is not celebrated in India alone. Poush Sankranti is one of the biggest festivals in Bangladesh. Just as in India, kites are flown and sweets are eaten. In West Bengal and in Bangladesh — people eat lots of delicious things prepared with rice and with the jaggery made from the date palm tree.

Pongal: also a winter harvest festival that is celebrated over a number of days. One of the key features of Pongal is the traditional Pongal dish which is made of milk, rice and jaggery. In order to prepare for the harvest and the new year, people celebrate by cleaning their homes, lighting bonfires, praying to various deities and painting the entrances to their houses with beautiful floorwork known as Kolam.

Silvesterklaus: In a corner of Switzerland, New Year’s Eve isn’t celebrated once, but twice! In Appenzell, Saint Sylvester’s Day is celebrated on the 31st of January when people continue to dress up as Silvesterklaus and parade through the streets. There are three different kinds of Klauses and as they march, they wear costumes, sing songs and ring bells.

Bäckermöhli: Loaves and buns flying through the air? Oranges and sweet treats, too? If you are a resident of Zug, you might know. Bäckermöhli is a 334-year-old tradition that is very unique to Zug. After the Baker’s Guild have their annual general meeting each year, the bakers throw out buns and loaves and cakes and all sorts of other tasty things like gingerbread (Lebkuchen) to the crowd of people waiting beneath their windows. Children cry out “Bäckermöhli” as the bakers throw things down to them!

Of course, all of these festivities have been affected by the pandemic, but you might celebrate socially-distanced versions of them!
There’s more!

Netaji Subhash Chandra Bose Jayanti: On the 23rd of January, 1897 – that’s when Netaji Subhash Chandra Bose was born in Cuttack, a city in Odisha. He was the youngest child in his family with eight older brothers and sisters. He went to study at Fitzwilliam College in Cambridge and prepared for the Indian Civil Service exams, which he aced. But, he did not want to serve the British Raj and decided to return to India.

He was one of the key figures in the Indian Independence movement. While he disagreed with Mahatma Gandhi about how exactly Indians should go about campaigning for Indian Independence, the two freedom leaders had a lot of mutual respect for each other. Gandhiji referred to Netaji as the ‘Patriot of Patriots’ while Netaji was the one to give Mahatma Gandhi the title of ‘Father Of The Nation’. Netaji had a way with words. He was the one who coined the slogan ‘Jai Hind’ which is still used today all over India.

Netaji created the Indian National Army, which fought for India’s Independence in Burma, against the British, while the Second World War was going on. The INA is also known as the Azad Hind Fauj. Netaji lived a very adventurous life and he is regarded as a hero by many people. There is a lot of mystery surrounding his death. Official records say that he died in a plane crash in Taipei while others believe he escaped the crash and went into hiding for the rest of his life. It is quite common to see busts and statues of Netaji around India today.

Republic Day: The 26th of January is Republic Day in India. A national holiday, it marks the day when the Indian Constitution came to be. A constitution is a set of rules about a country or a state should be run. Even though India became independent on the 15th of August 1947, it was on the 26th of January 1950 that the Republic of India really began.

Dr Bhim Rao Ambedkar was the chairman of the Drafting Committee that created and wrote the Indian constitution. He was a very great statesman. After his death, he was awarded the Bharat Ratna – the highest honour in India – in 1990.

So there you have it: January, a month of new hope, new beginnings and new inspiration. In order to inspire yourself further, be sure to read Aryavardhan Mundhra’s review of Harry Potter, Kanhai Vaidya’s story about the two sisters, Violet and Rose and their adventures with a magical door, Anvika Chatterji’s op-ed about 2020. Don’t forget to visit Samanvay Ray’s ode to Buddha in the gallery where you will also find Navya Dhammi’s hope for a Covid-free future.

Ps: Would you like to write for Young Voices? Each month, we accept two/three articles (non-fiction, fiction, reviews, travel writing, recipes etc) and artwork. If so, please do write to us at team@namasteswitzerland.ch