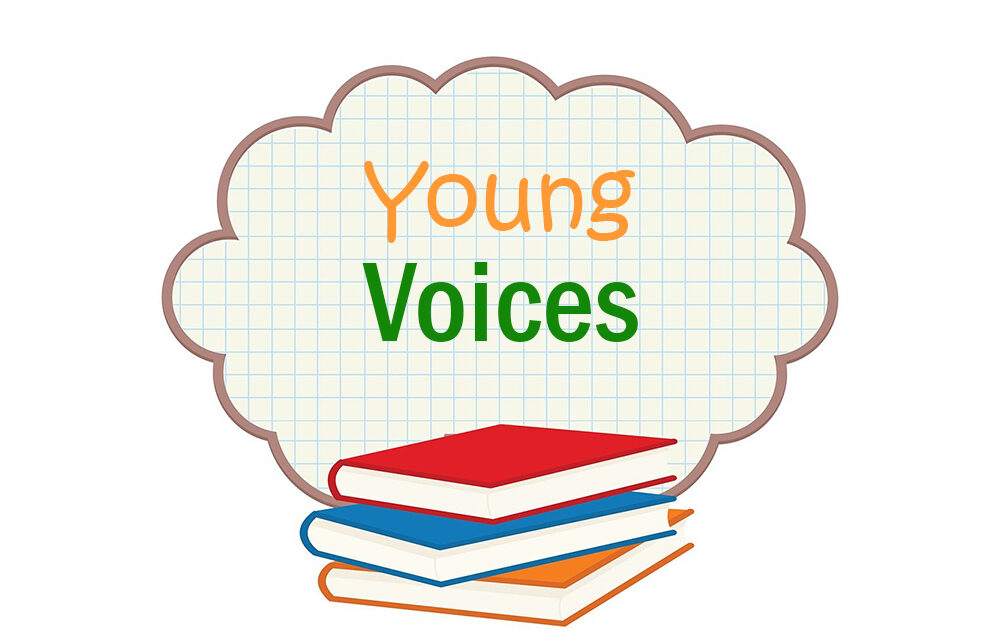 Just in case you haven’t been told recently, here it is, the simple truth: you are amazing; you are wonderful and this article is for you. In fact, this whole, sparkling new section of ‘Namaste Switzerland’ – Young Voices – is for you. You are exceptional and the ways in which you have dealt with 2020 has been truly exceptional.

I think that by now we can all agree that 2020 is not the year that any of us had planned. But you – wonderful, amazing you – have shape-shifted like a boss, you’ve learned new technology overnight, you have supported your parents, your siblings, your family no matter where they might be in the world, your friends and your teachers. You’ve persevered no matter what 2020 has thrown in your way, you have juggled anxiety and hope, you have brought brightness, verve and energy into the lives of everyone you have interacted with, you have not stopped learning, you have shown grit, determination and resilience at every turn. You have not stopped growing and while this will be a year that none of us will ever forget – one that’s definitely destined for the history books – you have not allowed 2020 to win.

In fact, young people this year have been a source of inspiration for many. In the very last days of this memorable year, Gitanjali Rao, a 15-year-old American scientist and inventor of Indian origin has been named TIMES magazine’s very first ‘Kid of the Year’. Gitanjali has been awarded this enormous honour because of the way she has used technology to create social change. She’s tackled everything from cyberbullying to water contamination. What drove her?
Simple. Just the desire to make someone happy, every day.

In this inaugural issue of Young Voices, Niyati reflects on the education that was and weighs up online-home-schooling during the Swiss lockdown against the regular school. Kanhai begins a new creative writing series which begins at Christmas but continues…Well, you’ll just have to read and find out, won’t you? In our Art Gallery, you will find an assorted array of art created by the students of Baden-based artist, Sumana Roy Chowdhury. Each budding artist has responded in their own unique way to the prompt of ‘Advent’ and the traditional Swiss tradition of the ‘Adventkranz’.

Now, speaking of Christmas, let us conclude by thinking of hope and all the ways in which festivals – especially those at winter – which bring us together. This year, we have had to famously come together by staying apart. Festivals – no matter how different they appear from the outside – all have a few things in common and if we look carefully, we can recognise that they too bring us together.

Winter: A Time for Renewed Hope and Faith

In addition to Christmas, there are multiple celebrations that take place all around the world during the winter months.

One such celebration takes place in India, Karthikai Deepam is known as the ‘festival of lights’.It takes place in the month of Kartik – mid-November to mid-December. In Kerala, lamps are lit to celebrate and welcome the Goddess Shakti. It is one of the many festivals in the world which seek to explain the existence of the Pleiades, a six-star cluster that is very visible in the night sky. In Tamil Nadu, the Pleiades are believed to be celestial versions of the six nymphs who raised Lord Murugan, an incarnation of Lord Shiva (he is also known as Lord Kartik in some parts of India and considered to be Lord Shiva’s second son, after Lord Ganesha).

In Assam and parts of West Bengal, Raas Purnima is celebrated at the very end of November and the beginning of December. This festival commemorates the life of Lord Krishna and celebrates his many miracles through dance and drama. Prayers are also offered.

One of the oldest and most important festivals in Sikhism, Guru Nanak Jayanti, also takes place at this time. Guru Nanak Jayanti is the celebration of the birth of Guru Nanak Dev Ji, the founder of Sikhism and the first Guru. He taught that honesty and truth help to overcome everything, that equality and humanity belong together and that we must not discriminate against each other.

The Jewish festival of Hanukkah will begin on the 11th of December and run till the 18th of December this year. It is a celebration spanning several days and it is also a festival of light. It commemorates the rededication of the Holy Temple which the Jewish people once protected from the invading Greek army in the second century BC. When they returned to the temple to light the sacred lamp, the Menorah, they found that it miraculously remained lit for 8 days! During Hanukkah, the Menorah is lit nightly.

Kwanzaa is a celebration observed by African American people in the United States in order to celebrate universal African heritage and ancestry. It began in the 1960s and each year, more people join in the celebrations. A crucial part of the celebration is the lighting of the ‘Kinara’, a candle holder which holds seven candles. Gifts are also exchanged. The name ‘Kwanzaa’ comes from a Swahili phrase and is associated with ‘harvest’. The celebration takes place between the 26th of December and the 1st of January.

The Winter Solstice festival, or the Dōngzhì Festival, is celebrated in China, Japan, Korea and Vietnam. It usually takes place on the 22nd of December and is a festival celebrating yin and yang philosophy and is all about balance and harmony. After the winter solstice, the days grow longer.

In fact, the Pagan festival of Yule also commemorates the Winter Solstice. In countries such as Iceland, Yule is an important part of Christmastide and people continue to light bonfires, sing songs and tell stories. In Iceland, this ancient tradition has a modern interpretation. Each year, there is a ‘Christmas book flood’ or the Jolabokaflod. People give and receive books and chocolate and spend Christmas in their pyjamas reading, nibbling on chocolate and drinking hot cocoa. Indeed, the ancient Romans also held a festival in mid-winter which was known as Saturnalia; it ran from the 17th of December until the 24th.

How will you be celebrating this year? Remember: it is not what is under the tree that matters but who is gathered around it.

Would you like to write for Young Voices? Each month, we accept two articles (non-fiction, fiction, reviews, travel writing, recipes etc) and artwork. If so, please do write to us at team@namasteswitzerland.ch

In the meantime, thank you for reading!