Music and me – Aakash Sethi

Aakash Sethi, 15 years old, has a passion for music and has been playing the piano and participating in concerts since age 6. He has now started to make his own music, experimenting with his voice and other sounds that he with his sister create and record. With over 1200 hits within a week of uploading 4 songs on SoundCloud, made in 5 days, the local newspaper of the region profiled him recently. He tells us of his personal connect with music.

My holidays started on October 5th, and that is when I started making music. I had been learning piano and performing at concerts since I was 6 years old. I had been making background tracks for about half a year now, but I had never worked on vocals or vocal production.

On the Friday before the holidays started, my father challenged me to write my first song by Sunday. If I succeed, I would get ten francs from him. I thought about working on Saturday, but I guess I was not motivated enough. Then on Sunday I was quite stressed. I wanted to make music and get the money!

I worked for about an hour to make the background track, and then I spent around three hours watching videos on vocal production and making them. I wrote the lyrics to a theme which is very important to me. I wrote about climate change, called ‘Sticky Situation’. Something, everyone should be aware of at this point. I liked the backing track and the lyrics a lot. Although I was a bit disappointed with the vocals, I uploaded the song before midnight. The last thing I did before going to sleep was happily collecting money from my dad 🙂 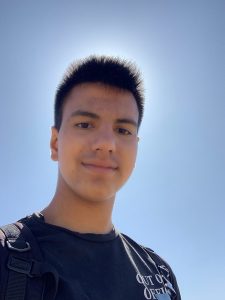 The next day I made a song called ‘Angel’. At first I didn’t know what I was going to write about, but after I spent some time making the backing track, the words flew on to the paper miraculously. I wrote about an angel that has been pretending to be human and now had to fight against me, the devil. I was really excited about that song and I am still very proud of it. It was quite simple and felt a bit empty. Now I can agree with the fact that it could have used some more backup vocals. In less than ten hours, my song had reached over 600 people through SoundCloud. Excitement surged through me.

But then on the third day, I was creatively frustrated. I wasn’t coming up with any ideas and I didn’t even have a theme for the lyrics. After thinking and wasting a lot of time, I turned to my most used app on my phone: Notes. I read through my older lyrics that I had written up over a year ago and recorded something small. It didn’t turn out to be much… but I was happy that I didn’t completely give up.

After that I kept writing, watching videos and learning. I didn’t expect to get this positive feedback on soundcloud,  and be interviewed by the local newspapers! That was a total surprise. My school friends, teachers, the lady at the ‘kasse’ of the shop – they all congratulated me and were very happy. My English teacher has framed the article in her classroom. My piano teacher is over the moon. Of course, my parents can’t stop hugging me and encouraging me. 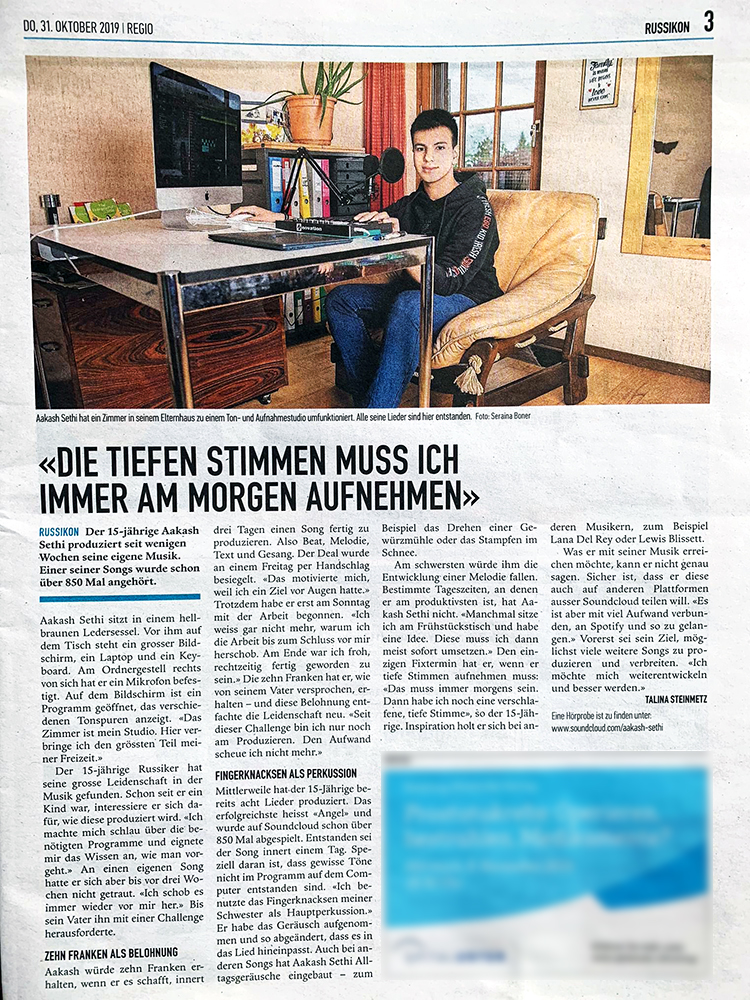 What makes me happy about writing music is the freedom that it gives me. I get to make every single decision and plan out everything the way I want it. In the end, it is MY work and effort that I spent. As a prize, I get the product which I can be very proud of. 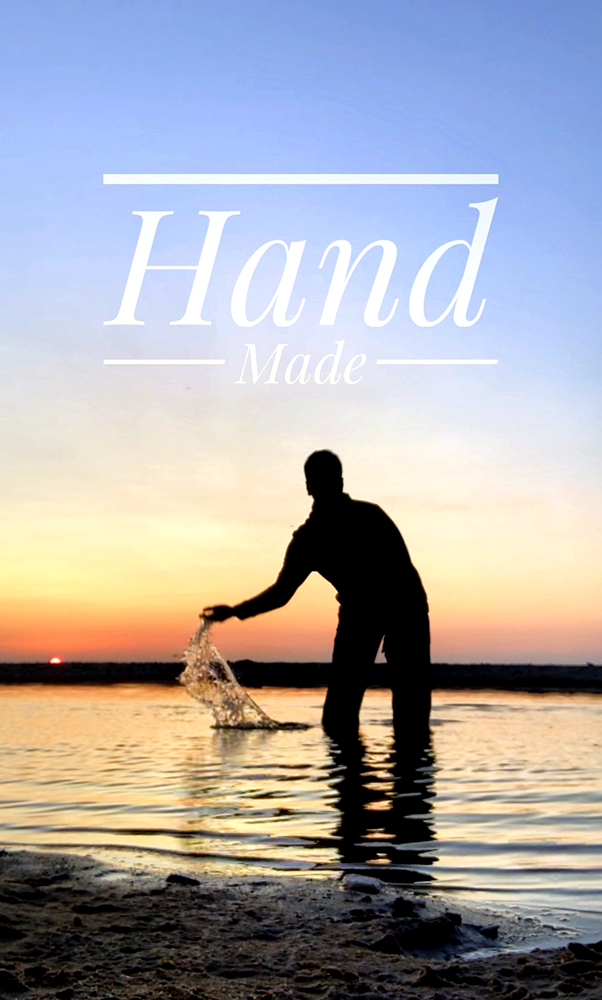 I don’t think writing lyrics and songs is a way to express my emotions, because I don’t write in that style. I make up a story in my mind and then write the lyrics around that story or I look at my surroundings and try and describe a situation.
Writing good lyrics gives me a sense of accomplishment. That’s why it never gets old. I never get tired of feeling accomplished 🙂
If you want to hear my music, check out: https://soundcloud.com/aakash-sethi-aakash-da/angel-1

Disclaimer: Written in good faith, we do not undertake any financial/reputational impact or other obligations/liabilities that may arise from the content.